This is an excerpt of Marks with a sound piece created specifically for online viewing.

A better quality version will be uploaded in the near future 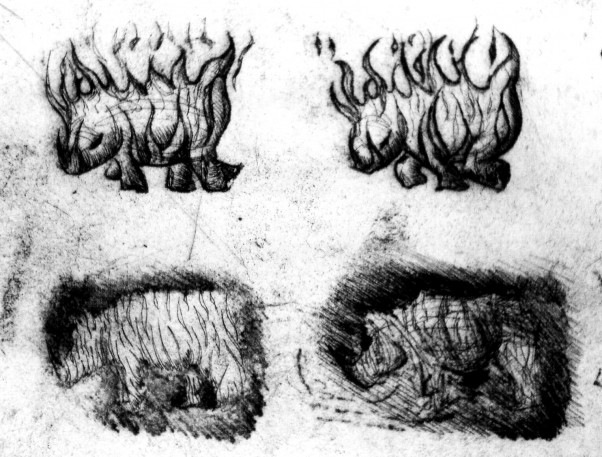 This animation is the result of an Artist Residency at Megalo Print Studio in Canberra. The residency titled,  The Render Project, asked for a printmaker/animator to combine the two mediums to come up with something both printed and animated. The brief also stated that the final animation was to be created without any overt digital effects or enhancements.

Marks was influenced and inspired by Rembrant, Daniel Guyonet, Geoff Ricardo, Orpheus of the Underworld, Graphic Investigation, and Petr Herel

Etchings I created in 1994 at the Graphic Investigation Print Studio for an Artists Book, Orpheus of the Underworld. 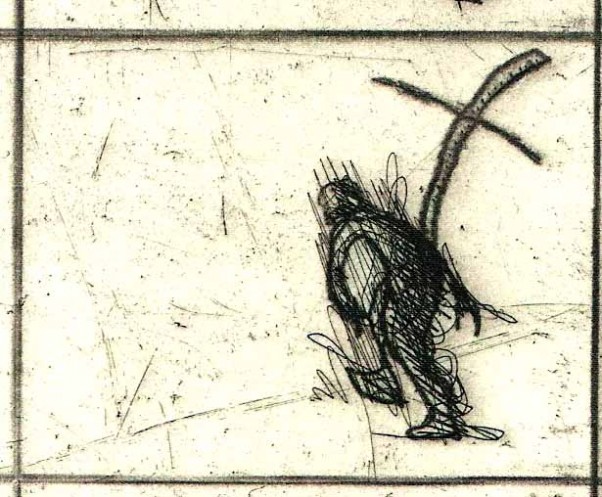 The purpose of the project was to combine the two techniques of 2D animation with printmaking. The process involved the creation of several copperplate etchings that were then scanned and digitally composited to create the animation. The outcome is an animation plus the final states of the prints that resulted from the process.

The final 5 minute movie was exhibited with the prints at Megalo Gallery show Matrix 6. This show was a part of the Sixth Australian Print Symposium in 2007. The Marks movie was displayed as a continual loop on a small computer screen, with the large etchings displayed on the wall near by.